Casey Mullins is a writer, photographer and chocolate cake lover living in Indianapolis, IN. She’s an attorney’s wife, mom to a very opinionated seven year old (Addie) as well as a very happy cloth diaper wearing baby girl born in May 2011 (Vivi.) She taps out tales at her own blog, moosh in indy, and more on her baby and big kid over at Babble.

When big kids go back to school

Yay! School is back in session! I mean, I think. I was getting a little worn out being Addie’s cruise director everyday. She learned the fine art of being bored this summer but she also managed to ask enough questions that I began to go cross eyed by the end of July. Addie was an only child for the first six years of her life and she’ll go through most of her life as a somewhat only child. She’ll never be in the same school as her sister at the same time, they’re not likely to have the same group 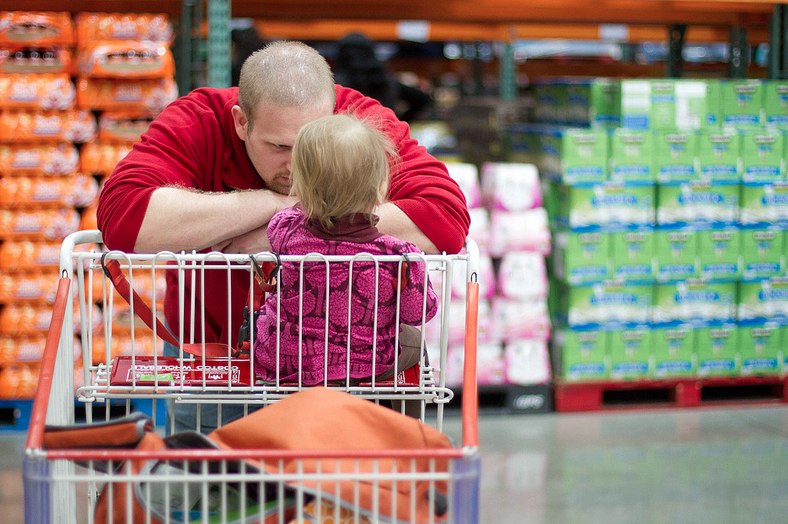 So this week I will leave behind my baby and big kid with my big husband and flew away to New York City for five glorious and exhausting days. However, I’m convinced that the five days leading up to leaving may be more exhausting than the five days I actually spend in New York. (That city makes me SO TIRED.) My husband works full time and I know he doesn’t have time to cook, clean, organize and run the house the way I do, not because he’s incapable, but because he’s gone 9 hours a day and doesn’t witness how

On Becoming a Mom

Even on the way to the hospital I wasn’t so sure I wanted kids. Sure, I wanted to go through the motions, I wanted to tell people I was pregnant, I wanted the big belly, I wanted the showers and the inevitable excitement of going into labor, but did I actually want kids? I wasn’t so sure. We had been married for four years, it seemed the next logical step in the carbon copy plan of the American Dream, right after white picket fence and right before country club membership. (Neither of which I have to this day.) When they

Making It Up and Packing it with Cheese

I didn’t spend much time around babies and kids in my younger years. I never babysat (well, I did once and it ended with me on the couch sobbing because I had NO idea what I was doing) and most of my friends were only children or the youngest of their brothers and sisters. So when I finally had my own babies I didn’t have a taste for children’s music and I most certainly didn’t know the words. So I made them up. Part of me has always lived in fear that my oldest would sing our family version of

Why I LOVE Babywearing

I bought my first pouch sling at a farmer’s market in Salt Lake City when Addie was about six months old. I was wandering around wearing her in some awful strap and clip contraption when I saw a mannequin wearing the sling. I asked if I could try it and as soon as Addie’s round little rump took a seat in the sling, I handed over my money and never looked back. Since I discovered babywearing so late with Addie, I couldn’t wait for the day that I could wear a tiny little newborn. I never tried any other sling

Swaddle ‘Em Up and Throw ‘Em Down.

I’m just kidding there, I would never throw my baby. But I do still swaddle her at 10 months. My first baby was swaddled until she was a year old and I’d like to believe it’s because my womb is so comfortable they can’t bear the wide open world around them as they sleep. There’s always talk about SCHEDULES! as it relates to naps and bedtime and oh believe me, I have a schedule. But nothing solidifies the “SHOOSH AND GO TO SLEEP NOW” message like swaddling to my babies. With my first, Addie, there weren’t really any fancy swaddling

Documentation: Look Up Update File Thank you for creating with WordPress. Version 4.4.2