Beyond the Diaper… Alternate Uses for Cloth 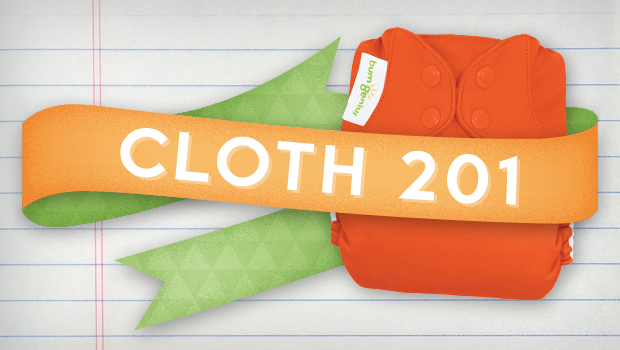 So you had your kids, they used the cloth diapers, and now everyone’s in college (or kindergarten, or preschool, or whatever) and those diapers are not getting used anymore. What are you supposed to do with what you have left?

Some people use cloth diapers with the express intent to resell the diapers when they’re done using them. And that’s definitely an option. But not the only one!

Lending/giving diapers to friends is another way to go. A good portion of our tiny newborn diapers have been lent out to friends. In 2010, I was due with my youngest and two good friends were each due with their first within 10 weeks of me. Chuckles (our affectionate nickname for our youngest) was nine and a half pounds when he was born, so he wore teeny-tiny diapers briefly and then they were passed on to the friend that was due next. A month later she passed them on to the third friend. That third friend held on to them and is about to use them again (any day now!). So recycling without reselling is also something you can do.

But diapers can have other uses too. Getting rid of them isn’t the only way to recycle. Prefolds and inserts can be useful around the house and in the garage. Even though we still have one in diapers, we have already snagged some prefolds and inserts for alternate uses.

1. Drying the car- To prevent water spots after washing the car, prefolds and inserts make great towels for drying. They’re so absorbent that the water gets soaked right up.

2. Dishtowels- Before I go any further, we’re all in agreement that when repurposing cloth diapers, they should be very clean, okay? But yeah, prefolds and flats also make great dish towels. Or draining cloths for under the rack where you dry your dishes.

3. General kid clean up- We’ve talked before about how kids are messy, right? That continues even once they’re out of diapers. Spills, bathroom accidents, vomit (why can’t they ever get it in the toilet?)… prefolds will save you from all of that. Especially with those messes you don’t want all over your hands because the thickness and absorbency of the prefolds will keep your hands further away from the yuckiness.

4. Pillow savers- My kids never get sick. Except for stomach viruses. So we have a lot of experiences with pillows getting… messy. But if you put a pillowcase on the pillow, then a layer of prefolds, then another pillowcase… makes it less likely that the pillow itself will get any damage.

5. Dusting/Cleaning Floors- We have a beautiful wood table that was handmade by my father-in-law. I like to clean it with an old prefold (again, it hasn’t seen life inside of a diaper for years now) because I know the prefold is so soft that it won’t damage the table. But it does clean it beautifully! In a similar vein, I’ve heard that an infant prefold will fit in one of those floor cleaners that pick up dust and debris from the floor with disposable pads. I’ve never tried this personally, but it seems plausible. Worth a shot anyway.

6. Doll/Stuffed Animal Blanket- A little embellishment, or not, and a prefold makes a perfect blanket for most dolls and stuffed animals. Dyeing and/or embellishing a stack of prefolds could also put you well on your way to one of those princess and the pea sets that I see people all over the internet making.

Of course there are other uses as well and these are just the top ones that come to mind… at least in our house. What other uses have you found for your old prefolds and inserts? Any big ones that I missed?Claire is an Army wife that may not have been cut out for homemaking. Follow her adventures as she, her husband (Sergeant Handsome), their three sons and two dogs try to keep it together over on her personal blog, The Half-Hearted Housewife, where love means never having to do the dishes.