Real Mom Talk: Having a Child in Glasses

Earlier this year we found out that our little guy, who was just a little over the age of 2, would need glasses. It came as quite a shock to us. One evening, like any other ordinary evening, I was giving Asher a bath a noticed a slight eye turn with his left eye, almost like it was crossing, when he would focus on his bath toys. I thought maybe it was just me so I asked my husband for his opinion and he immediately noticed the same thing. As the evening went on I still continued to notice the eye turn and continued to worry throughout the night. The next morning I called a local vision clinic and they got us right in that very day. After a quick eye exam and eye dilation, we found out that our sweet boy was suffering from Accommodative Esotropia (far-sightedness with a crossed eye).

The exam went so fast, faster than I could really wrap my head around everything. After the pediatric ophthalmologist wrote us a script for glasses the tech directed us to the eyeglass shop where we picked out a pair of glasses and were out the door. I can remember those very steps I took to my car when I left the clinic. Holding my sweet boys hand. Trying to soak everything in. Worried for him. It all happened so quickly that I just didn’t know what to do or to think. My heart ached. I just wanted to cry.

Seven long business days went by and we patiently waited for Asher’s glasses to arrive. During those days I tried to process all the things that the ophthalmologist had told us. The one thing he said that kept circling in my head was that Asher hasn’t had very good vision for quite sometime and that he was surprised that it wasn’t caught earlier on. Those words hit me hard and my anger began to get the best of me. Why hadn’t I caught this earlier on? I’m his Mom. My job is to take care of him. How did I miss this? This is my fault. How did his pediatrician miss this? So many unanswered questions filled my head… Asher had a clogged tear duct in left eye at birth. Could that have caused this? What caused this? Why? I felt so empty and confused.

We picked up Asher’s glasses the following week and had a follow up appointment with his doctor to make sure that they properly fit his little face. I expressed my concerns to him and he was very eager to answer our many questions. He informed us that kids are born far-sighted and as they grow, their vision does as well. He also informed us that two is a common age that these things are noticed and them going unnoticed isn’t uncommon as well. He asked about our family history and informed us that genetics play a big roll in vision. He had asked if we had ever had a routine eye exam with Asher (after 6 months of age), which we hadn’t and was shocked that our pediatrician didn’t suggest one, regardless if they thought that there was an issue or not. He explained to us that Asher would more than likely be in glasses for the rest of his life unless he opted for contacts or was a LASIK eye surgery candidate, down the road. We were pretty overwhelmed, but glad that we were getting our sweet boy on the right track for better vision.

As of today, Asher has been wearing his glasses for five months. It’s strange for me to say that because it feels like he has always wore them. When I look back at pictures of him without them, he seems so different. He has done so well with keeping them on and they are the first thing he asks for when he wakes in the morning. That assures my husband and I that they are working and he is certainly seeing better when he wears them. We are so so very proud of our sweet boy and I must say he totally rocks his glasses! I swear he was made for them.

Looking back at this whole situation, I wish I would have known then what I know now. I feel guilty for being so uneducated about my child’s vision and wish I would have educated myself. I know that these things happen, but as a mama it bothers me. I’m so glad that we noticed the issues fairly early and so thankful that Asher is seeing better.

There are so many children in the world with vision issues and vision issues can often be hereditary. Many states have a program called InfantSEE, which offers FREE eye exams to babies between the ages of six months and twelve months. Even if your pediatrician doesn’t mention the program, I highly recommend that you check out their website to locate an optometrist in your area. My advice to all of you is to get your little ones yearly eye exams even if they aren’t showing any signs of poor vision. After six months of age is the time to start! You can locate an optometrist that participates in the InfantSEE program in your area by visiting this link: http://www.infantsee.org

Emily Loeffelman Emily is a Midwest native currently residing in North Dakota with her husband who is active duty in the United States Marine Corps and their sweet boy Asher Jude. She currently is a stay at home mama due to her husbands busy military schedule. She enjoys crafting, shopping, and of course blogging on her personal blog Everything Emily. Emily's little guy is the light of her life and she loves sharing tips, tricks, and life experiences with other mamas. Instagram: @emilyloeffelman 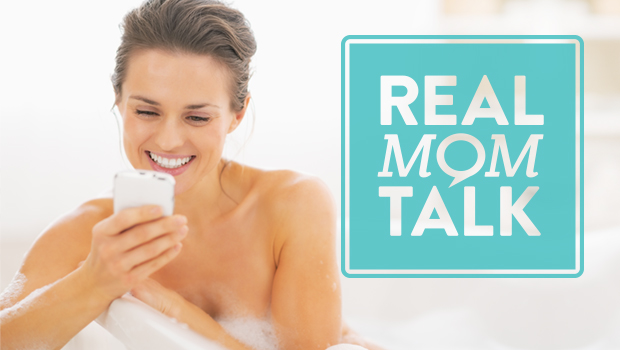 Mom Tips: Making Time for YOU 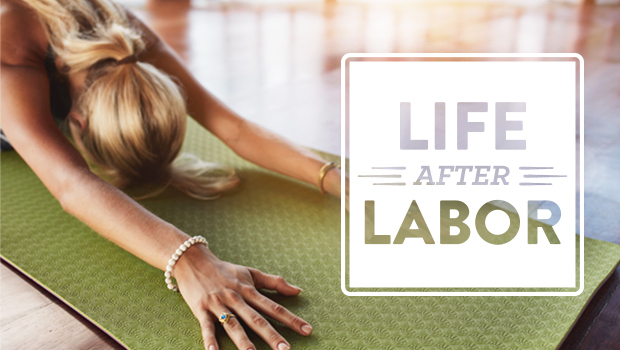