The start of a new year always brings with it the inevitable question, “What are your resolutions?” While I’m not really a resolutions kind of girl (it feels a little too much like homework to me), I do think that a new year can be a good time to start working towards some larger goals, if only because it’s an easy time to mark on the calendar. Just like it’s easier to start a diet on a Monday. Or maybe that‘s just me.

I think less in terms of “I’ll eat six vegetables every day” (which is a worthy aspiration) and more in terms of goals, such as “one year from now eating a rainbow of fruits and veggies everyday will be part of my routine.” It isn’t that one method is better than another, this is just what works for me. Mostly so that I won’t feel like a failure if there is one day that I don’t accomplish a very specific resolution, because I’m moving towards a longer term goal. A set back is just that and not a reason to give up entirely.

All that being said, one thing my husband and I did start on January 1st, along with the rest of the world beginning anew, was a No-Spend Month. We decided that to solidify our commitment to paying off debt and to help us see how bare bones our budget could be, we would go the entire month of January without paying for anything except fixed expenses, groceries and gas. How hard could it be, right?

Well… as it turns out, it’s both harder and easier than I thought it would be. Harder because I didn’t realize how often I was spending money and easier because I’ve also realized how many free resources I have available. My husband and I are not big spenders in that we don’t usually buy big budget items. When we do, we usually save and then shop around. Or we’re lucky enough to be gifted things by other people. But we still felt like we were spending more than we wanted each month. The reason for that is because we spend small amounts all the time. I didn’t realize how often I was shelling out three dollars here, six dollars there, and so on. It doesn’t seem like a lot but all those small amounts add up pretty quickly.

We’re only halfway through the month but it’s already made a difference in how I approach our day-to-day life. It only took me ten extra minutes of effort to make lunch for everyone before we went to get gas and switch cars with my husband at lunch time last week. But that small effort meant that I saved fifteen dollars and our health, because before I would have just stopped and grabbed some lunch for the boys at a drive-thru while we were out. We’re taking better advantage of our museum and zoo memberships. And I’m coming up with more projects and activities to do at home, instead of looking for things to do elsewhere (that usually cost money). Using cloth diapers definitely helps too, because not having to buy disposable diapers means that we have one less reason to pop into Target only to come out with twenty dollars worth of stuff we didn’t really need (I’m not the only one that happens to, right?). And since diapers definitely count as an essential, it’s the perfect time to start using cloth if you haven’t before- you can spend the same amount that you would on a month’s worth of disposable diapers and get a handful of cloth diapers to start you off! Except instead of throwing your money away, you keep it to use over and over. Talk about “no-spend.”

It’s been interesting to see the boys’ reactions to our month-long experiment. The older two, ages 6 and 4, are able to grasp the concept pretty well. They are now realizing that things we do often cost money. The zoo train? Not free. Getting a drink at Sonic? Not free. It isn’t that they thought these things were just gifts from the universe before, but now they’re really thinking about what costs money and what doesn’t. Now when I ask them what they want to do they rattle through ideas and tell each other which things cost money and which don’t. I’m hoping that they’ll gain a better appreciation of what things cost. And, this may or may not be related, but they’ve appeared to be better at helping around the house lately too. I’ve always framed cleaning up and helping out as part of being a family, because everyone has to contribute. We talk about how Sergeant Handsome goes to work to earn money to pay for things, I write to pay for things, and we all work around the house together. It’s probably just my imagination but they seem to have a better idea of how work and pay and costs all connect.

So yes, it’s just one month. I’m sure that we could sustain absolutely no spending beyond necessities for a longer period of time, but luckily for us, that isn’t really necessary right now. This is more of a philosophical exercise. It should be interesting to see if this has a permanent effect on how we approach spending on a day-to-day basis.

What are your resolutions or goals for the new year? Have you ever instituted a no-spend rule for yourself? 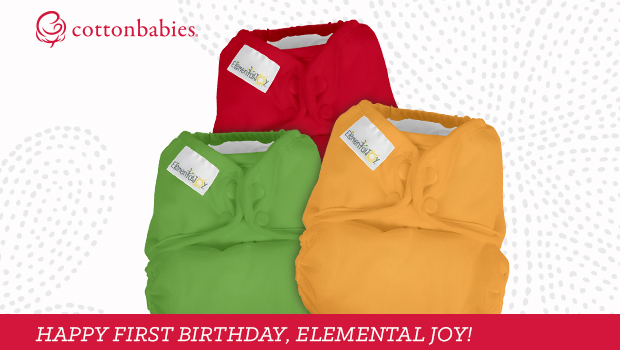