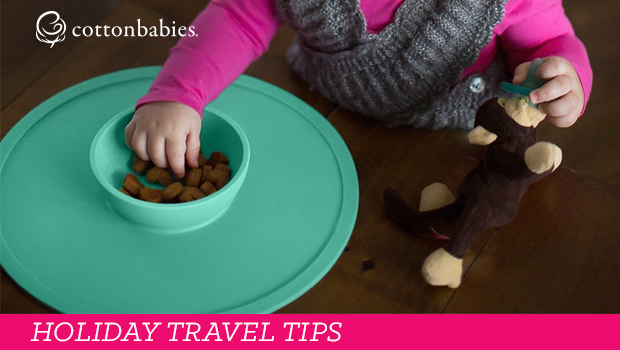 As we gear up for the holiday travel season, many of us are busy making plans. Whether you’re traveling near or far, there is a good chance you will be packing up the kids and heading to a relative’s house. If you have little ones, you probably need to do some extra planning and packing to make sure your kiddos have a place to sleep, a place to eat, and something to play with. To Grandmother’s House We Go If your holiday travel plans include overnight adventures, here are a few items that may help make things run a bit

My little guy has always been a great eater. Ever since he first started solids, there was rarely anything he didn’t like. After he turned two, I worried that his great little eating habits would change, but they didn’t. I thought we were in the clear, well, that was until he turned three and now we’re learning how to handle a picky eater! For the last four months, my eager little eater has now turned into a persnickety muncher who turns his nose up at the sight of anything that’s not a boiled egg, pack of fruit snacks, or cereal. We’ve had