Things I learn about cloth diapers – while traveling internationally

I’ve done quite a bit of traveling for business. Everywhere I go, I look for cloth diapers and how other cultures handle diaper care. Diaper care is an important issue in other parts of the world too, so I’m just as interested in what people put on their baby’s bottom as I am in how they take care of it after it’s dirty.

In every bathroom, in every country, I notice the toilet design, what’s on the wall, whether or not there is toilet paper, how many years it might have been since the toilet was cleaned… (you get the picture). One thing seems to be consistent (other than a lack of toilet paper)…. most bathrooms have a bidet sprayer on the wall.
This has been true in Egypt, France, Germany, England, India… everywhere I’ve been recently that isn’t part of North America! People using cloth diapers in these areas rarely call us with stinky diaper problems, but in the United States, stinky diapers are all the mamas seem to chat about on the diapering forums! I think we are, as a culture, missing something important in our diaper care. It all started when cloth diaper businesses started recommending that parents leave poop in the diapers, instead of dunking and swishing to rinse them out. That recommendation was the popular thing to do when Cotton Babies first started. It’s true, you CAN leave the poop in the diapers if you want, but it’s going to take more than a few washes to get your diapers clean because the first wash or two is just diapers swishing around in brown, poopy water.
So, parents using cloth diapers in foreign countries are telling me that it is EASY to take care of their diapers and they can’t understand why Americans have such a tough time washing diapers. What’s the difference? They spray every diaper out in the toilet using the bidet sprayer on their bathroom wall. Every diaper gets rinsed. Their diapers don’t sit in a diaper pail full of poop and pee for days before getting washed.
What’s the lesson to be learned?
You need a diaper sprayer. Your American toilet didn’t come equipped with a bidet sprayer and chances are, you don’t even know what one looks like. Ignore the advice from the websites who say you can leave big kid poop in your diapers for days and still expect to easily get them clean. You can’t – and you shouldn’t. Breastfed baby poop does wash out… don’t get me wrong… but once you introduce solids, that poop changes (you’ll know when it happens). When it changes, you need to rinse it out. A diaper sprayer makes it really, really easy.
So simple, so easy, so not “deep”…. but essential to every cloth diapering parent.
Have you tried one? 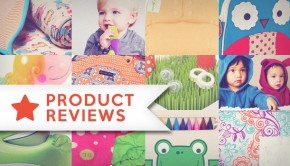