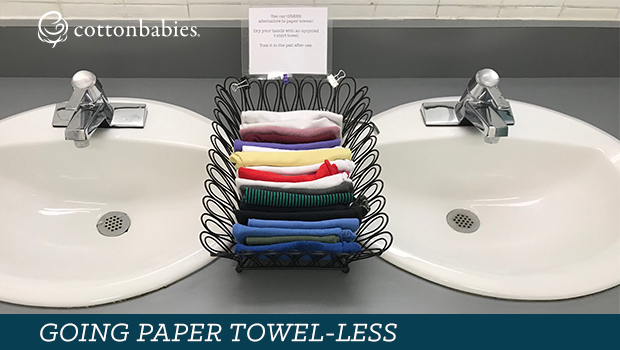 As a cloth diaper company, we strive to reduce waste at our office and limit our environmental impact. After a Costco run, it seemed ridiculous how many paper towels we bought. Did we really need them? Our founder, Jenn, mentioned that they rarely use paper towels at home. There’s a drawer in her family’s kitchen with cut up t-shirts that are used in place of paper napkins and paper towels.

So, we asked our staff if they had any t-shirts they wanted to Marie Kondo. Rather than taking them to a thrift store, we asked them to bring them to the office. We cut them up and started our green alternative to paper towels.

We started slow in the office bathrooms and tried to figure out how many towels we actually go through. We keep the clean towels folded neatly in a basket on the sink and have a diaper pail with a pail liner under the sink.

Then, we expanded the project to the warehouse bathrooms, the guest bathroom, and the kitchen. We have folding parties at weekly meetings where people are typically sitting around the table anyway.

As far as laundry goes, we take turns washing towels. They are washed on Tuesdays and Fridays, so it never gets too out of control.

It feels good! We found a way to recycle t-shirts, we save money on skipping paper towels, and we have so much less trash to take out! Everyone has been on board, and visitors have actually been excited about our project, too.

Make Your Own Un-Paper Towels

Category: behind the scenes 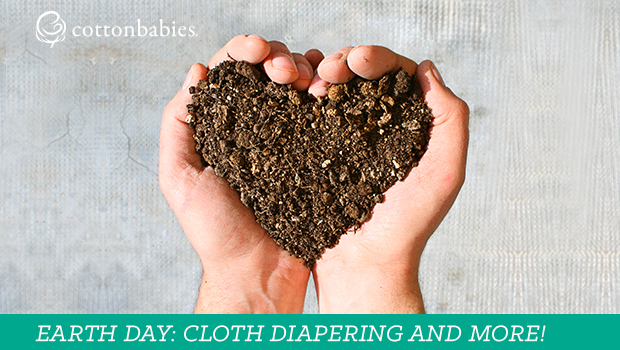 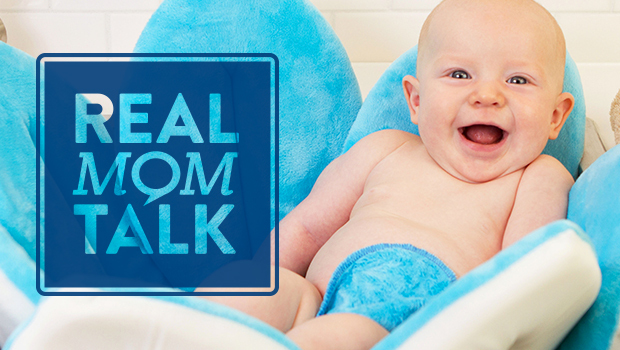 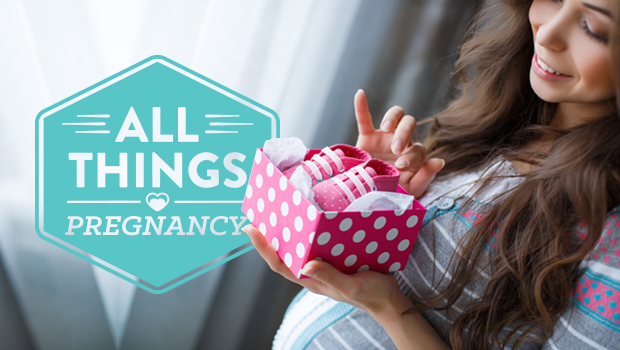